Started in 2001 by Scott Lavergne, Enterprise Data Concepts has grown every year. Our clients benefit from the peace of mind of a secure technology system and the improved efficiency of an optimized network. We are continually adding IT services and new expertise. With our experience serving businesses across Louisiana, we can apply our knowledge to your business.

Originally a Microsoft only shop, we have since expanded our capabilities to specialize in Cisco, VMware, Apple and open-source technologies. We strive to be your one-stop IT shop. Our staff maintains an active training schedule on new products to make certain that we are always ahead of the curve.
At EDC, we believe in being there for you when you need it: whether a data breach happens or if your email has simply decided it no longer wishes to cooperate. Our entire team of IT professionals strives to grow your business through effective use of technology – providing the best service imaginable at an affordable cost.

We strive to always offer the latest tools and services to our customers. As South Louisiana continues to grow and change, we are dedicated to serving the region’s businesses through the same level of quality and efficiency that we were founded. EDC can help your business achieve that next level of operation.

Scott graduated from University of Louisiana at Lafayette with a degree in Computer Science in 1999. He cofounded his first computer consulting firm Datastream Inc. upon graduation. In 2001, he left Datastream and founded EDC. His leadership has helped grow EDC from a small one-man shop to the company it is today.

In his personal time, he has been active in the Rotary Club of Lafayette since 2003, has coordinated the Election Day Food Drive, served on the club’s board, and is currently assisting the club administration. He has been active in the Boy Scouts of America since 2005, serving on the district board, as Scoutmaster of Troop 446, Cubmaster of Pack 446, and various other positions. The Evangeline Area Council awarded him the District Award of Merit in 2010. Scott has been married since 1997 and has two sons. He is an avid backpacker and outdoors enthusiast.

“EDC was founded on the principals of providing quality services at a fair price. Integrity has always been the cornerstone of our operations. By staffing EDC with like-minded people, we have built an organization that strives to always operate in the best interest of our customers.”

EDC’s broad knowledge allows us to stay on the cutting edge of technology. The confidence we have in EDC has allowed us to convert to a paperless office, in addition to coordinating desktops, servers, electronic databases, and phones into a seamless operation.
Melancon and Associates
Due to the nature and size of our business model, a productive workforce is crucial to daily operations. Scott’s response time has always been exemplary, and he and his staff proceed in a manner that is least disruptive to the workflow process of our company. For the most part, this means that his work at our company is done before and/or after the normal work hours of the day. There have been a few instances of disaster recovery where this has meant his working through the night to restore computer services that would allow us to begin our work the next business day. We are grateful for Scott’s willingness to go the extra mile... and for the pleasant attitude with which he conducts business.
Coldwell Banker
Our computers don’t just help in our business, without them, what we do would be virtually impossible. To keep payroll for 600 employees in 40 different companies accurate and on-time means our computers have to work right all of the time. Knowing that the professionals at Enterprise Data Concepts are a part of our team allows us to concentrate on our business without worrying about IT issues.
Helm Financial Group
Previous
Next 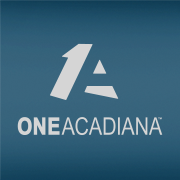 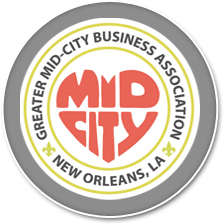 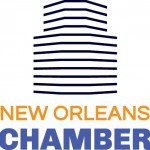